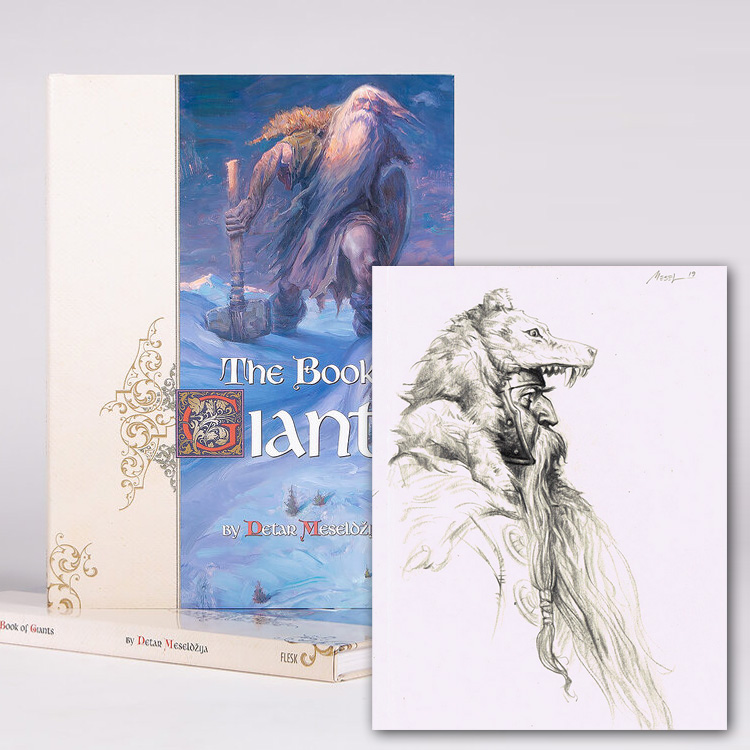 The Book of Giants (Trade Edition)
including sketch 2

The Book of Giants Trade Edition – including the sketch no. 2. The sketch is drawn in the book.

A revealing look at giants through a personal journey of discovery. This trade edition includes 16 paintings and about 90 drawings.